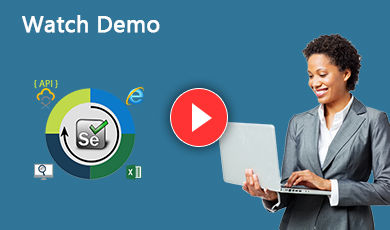 What is Selenium Online training?

Selenium is a portable software testing framework for web applications. Selenium provides a record/playback tool for authoring tests without learning a test scripting language (Selenium IDE). It also provides a test domain-specific language (Selenese) to write tests in a number of popular programming languages, including Java, C#, Groovy, Perl, PHP, Python and Ruby. The tests can then be run against most modern web browsers. Selenium deploys on Windows, Linux, and Macintosh platforms.

Selenium IDE: Installs as an addon in Mozilla.Only runs in Mozilla. Its got a strong feature of record and run. You can also extend IDE functionality with the help of user extensions. It supports regular extensions, loops, if statements and many other features. You can also parameterize your test cases using IDE.

Selenium RC: This is the older version of selenium. It works on multiple browsers. RC can be implemented in any one of the programming languages mentioned above.

Selenium Webdriver: Webdriver is the new version of selenium. It also works on multiple browsers. Its removed many drawbacks and issues in Selenium RC. It also supports Android and Iphone Testing. tutorial on Webdriver installation and writing Selenium tests.