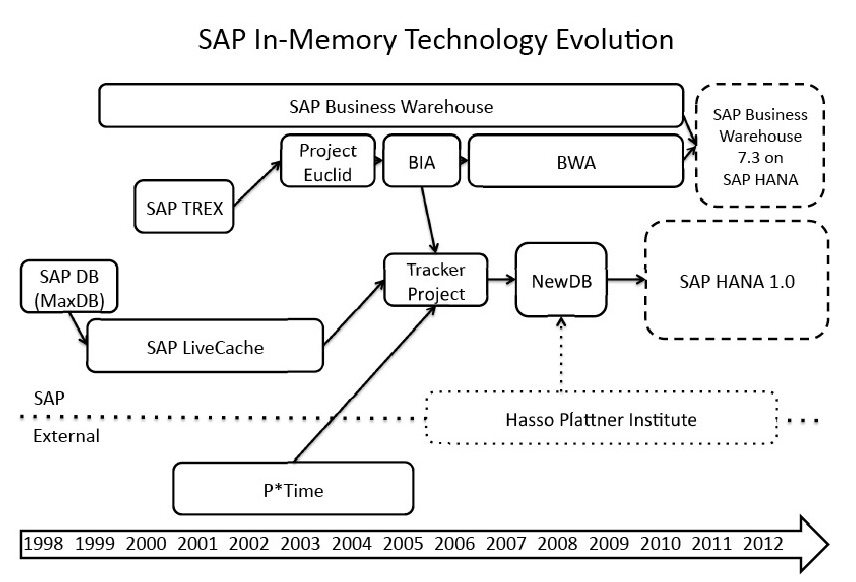 SAP announced the first live customers on SAP HANA and that SAP HANA was now generally available. SAP also introduced the first SAP applications that were being built natively on top of SAP HANA as an application platform. Not only did these revelations shock the technology world into the “new reality” of in-memory databases, but they initiated a massive shift for both SAP and its partners and customers into the world of “real-time business”.
In November 2011, SAP achieved another milestone when it released SAP Business Warehouse 7.4. SAP had renovated this software so that it could run natively on top of SAP HANA. This development sent shockwaves throughout the data warehousing world because almost every SAP NetWeaver Business Warehouse customer could immediately 3 replace their
old, disk-based database with SAP HANA. What made this new architecture especially attractive was the fact that SAP customers did not have to modify their current systems to accommodate it. To make the transition as painless as possible for its customers, SAP designed Business Warehouse 7.4 to be a non-disruptive innovation.