What is Google Penguin?

Home/Blog/What is Google Penguin?
Previous Next

What is Google Penguin?

Google Penguin is a Google algorithm that was launched in April 2012. This Google update was created to make sure that the websites are strictly following Google’s Webmaster Guidelines. It will decrease the search engine ranking of any website that will violet Google’s Webmaster Guidelines.
Google Webmaster has guidelines such as using White-Hat SEO only, creating trusted backlinks, plagiarism free content, and etc. And it specifically checks for Black-Hat SEO. The use of Black-Hat SEO isn’t permitted as it illegally increases the page rank with hidden keywords and some using paid links.

How Does it Effect Google?

The Google Penguin affects the search queries by 3.1% for the English content, and only 3% for other languages such as the German, Chinese, and Arabic. The Penguin 1.1 version of 2012 was created to affect less on the English searches by 1/10th. There it was completely checking the websites that were performing illegal methods to rank in the search engines.

Websites used negative link building before Google Penguin was implemented by the Google. And when the Google Penguin was implemented, it deeply analyzed the content. It recognized the good and bad content. It also sees if the content is written is less or more. If it is less and is spammy, it will penalize the website. The main goal of this algorithm was to observe the spammy contents. And due to this, many websites that were in the first rank fell at the last rank.The Penguin  3 version affected only 0.3% of the queries, and Penguin 4 affected 2.3% of the queries, and Penguin 5 affected only 1% of the queries.

Google algorithms or updates  such as the Panda and Penguin is being implemented to filter the websites and keep the quality website on the search engines. 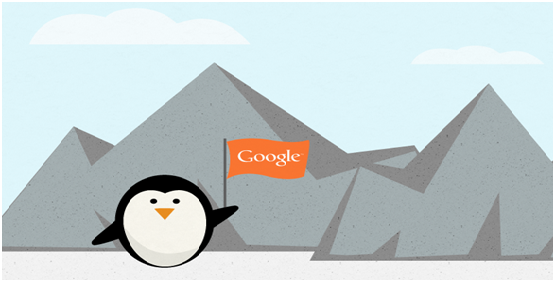 What to Do In Case your Website Ranking Goes Down Due to Google Penguin?

You need to check the list of backlinks you have. You need to identify which ones are harmful, and then get rid of it. And in the meanwhile, you need to create good backlinks. You can do this by Google’s Disavow Tool.

Building good links can help you get back in the rankings, but it will take time. It will tip the algorithm in your favor with these good links and will recover your website. You, also, need to check your keywords in the contents. Avoid keyword stuffing, as the Google Webmaster will not approve of it. And avoid using SEO automation as it violates Google’s TOS. Lastly, get rid of the Black-Hat SEO. Yes, analyze your website, and get rid of the hidden keywords in your contents.